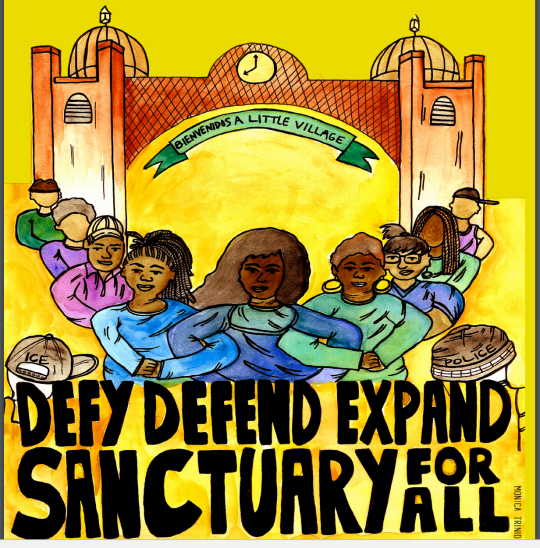 On Thursday September 14th, 2017, the Ms. Foundation published the report Centering Black Women, Girls, Gender Nonconforming People and Fem(me)s in Campaigns For Expanded Sanctuary and Freedom Cities, by Andrea Ritchie and Monique Morris (National Black Women’s Justice Institute). This groundbreaking report makes a call to expand the understanding of sanctuary cities from the historical context of offering protections for (Latinx) immigrants. It demands sanctuary be expanded to a more inclusive offering of ‘safety through sanctuary’ for Black women, girls, gender non conforming people and fem(me)s who experience unique and aggressive rates of criminalization, policing and incarceration in the United States. The report builds on the work of organizations like the Black Alliance for Just Immigration (BAJI), the Black Youth Project 100 (BYP100) and Mijente who have been pushing for this expansion on the ground and in words in the midst of the Black Lives Matter and Immigrant Rights movements in the United States.

The report is divided into the following sections:

current policies & parameters of sanctuary/freedom city campaigns. It spotlights the work of BYP100’s and Mijente’s Expanded Sanctuary Campaign, before giving an overview of the Campaign for Freedom Cities by BAJI, the Ella Baker Center and the NY Worker Center Federation (pg 1-7). The following section delves deep into the central theme of the report – how to center Black women, girls, gender non-conforming people and fem(me)s in conversations on sanctuary / freedom cities under the rallying cry “Black People Need Sanctuary Too”.

“Sanctuary from what?” is often the response they are met with. After all, as the story goes, Black people born in the United States are citizens of this country who are afforded

the same legal protections as all other Americans in the US, unlike undocumented migrants. Such a response echoes hollow words in aged documents that were written before the humanity of Black people was even considered let alone our citizenship. It ignores the lived reality and experiences throughout history and today of Black people, both United States born and immigrants (documented and undocumented), and their domestic relationship to the American empire and the institutions that maintain it using Black sweat and blood as to grease its gears. The demands in this report are coming from a simple recognition of our need for freedom expansively defined as ‘the right to be free from all forms of violence, including state and interpersonal violence, as well as labor exploitation” (pg 10).

According to the report: 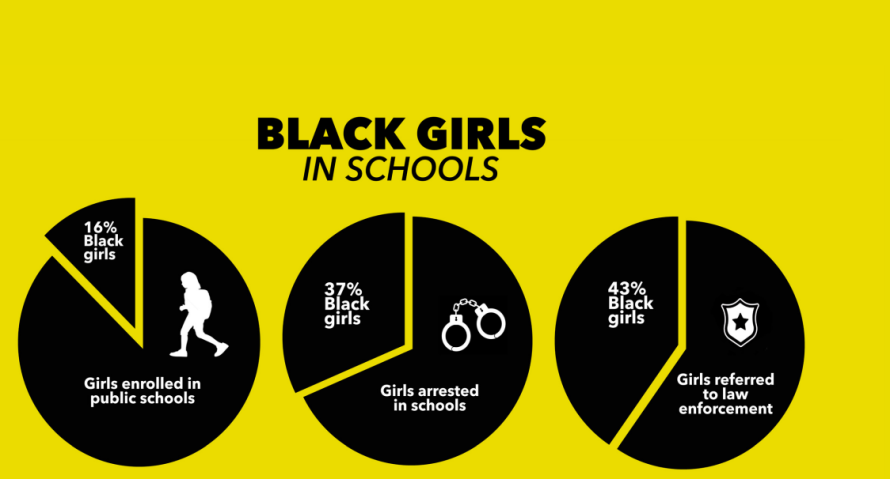 ABOUT THE REPORT AUTHORS: 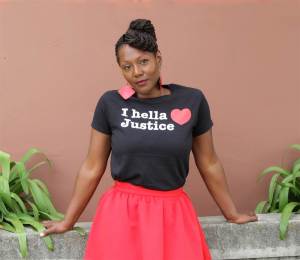 MONIQUE MORRIS Ed.D. is an award-winning author and social justice scholar with nearly three decades of experience in the areas of education, civil rights, juvenile and social justice.  Dr. Morris is the author of Pushout: The Criminalization of Black Girls in Schools (The New Press, 2016), Black Stats: African Americans by the Numbers in the Twenty-First Century (The New Press, 2014), and Too Beautiful for Words (MWM Books, 2012). She worked with Kemba Smith on her book, Poster Child: The Kemba Smith Story (IBJ Book Publishing, 2011) and has written dozens of articles, book chapters, and other publications on social justice issues and lectured widely on research, policies, and practices associated with improving juvenile justice, educational, and socioeconomic conditions for Black girls, women, and their families.  Dr. Morris is the Founder and President of the National Black Women’s Justice Institute (NBWJI), an organization that works to interrupt school-to-confinement pathways for girls, reduce the barriers to employment for formerly incarcerated women, and increase the capacity of organizations working to reduce sexual assault and domestic violence in African American communities. Visit her website at https://www.moniquewmorris.me/

ANDREA RITCHIE is a Black lesbian immigrant and police misconduct attorney and organizer who has engaged in extensive research, writing, and advocacy around criminalization of women and lesbian, gay, bisexual and transgender (LGBT) people of color over the past two decades. She is a nationally recognized expert and sought after commentator on policing issues. She has testified before the President’s Task Force on 21st Century Policing, the White House Council on Women and Girls, the Prison Rape Elimination Commission, and several United Nations Treaty Bodies. She has appeared regularly in the New York Times, as well as on MSNBC, C-Span, NBC Nightly News, NPR, Al-Jazeera, and Mother Jones. Her blogs and opinion pieces have been published in The New York Times, The Root, Colorlines, Rewire, Cassius Life, Portside, Praxis, Bilerico and TruthOUT. Visit her website at http://andreajritchie.com/.

ABOUT WWAV: Women With A Vision, Inc. (WWAV) is a community-based non-profit, founded in 1989 by a grassroots collective of African-American women in response to the spread of HIV/AIDS in communities of color.

Created by and for women of color, WWAV is a social justice non-profit that addresses issues faced by women within our community and region. Major areas of focus include Sex Worker Rights, Drug Policy Reform, HIV Positive Women’s Advocacy, and Reproductive Justice outreach.